A brief excerpt from a book by Centering Prayer founder and Benedictine abbot Fr. Thomas Keating regarding the origin of contemplatio — the Christian equivalent to meditation that dates back, well, a long fucking time.

“To emphasize the experiential knowledge of God, the translators of the Greek Bible used the word gnosis for the Hebrew word da’ath, which implies a kind of knowledge of God involving the whole person, not just the intellect (e.g. Ps. 139:1-6). St. Paul also used the word gnosis to refer to the knowledge of God proper to those who love God. The Greek Fathers, especially Clement of Alexandria, Origen, and Gregory of Nyssa, borrowed the term theoria from the Neoplatonists to translate the word da’ath. Theoria originally meant the intellectual vision of truth that the Greek philosophers regarded as the supreme activity of the human person. Although this was a technical term it was expanded to include the sense of experiential love that gnosis implied. It was with this fuller understanding that theoria was then translated into the Latin word contemplatio and handed down to the Christian tradition.”

Traditionally, contemplation begins as an ‘awareness’ that is beyond body, mind and form. St. John of the cross wrote that it is beyond the senses, intellect, memory and imagination, but perceived rather through other senses that he calls spiritual. As one progresses in contemplative practice, a vague spiritual awareness may grow into a huge variety of profound experiences that span the whole spectrum, including “unitive touches”. Also traditionally, the unitive experiences initially disorient a person greatly, and gradually over time one adjusts.  Further, the path, at least for St. John of the Cross. Teresa de Avila, Meister Eckhart and Bernadette Roberts, ends in fully apprehending the Divine — in a more or less permanent manner in this life.

The Origin of Contemplatio – a brief excerpt from Fr. Thomas Keating
The Barna Group, a research organization that focuses upon the intersection of faith and culture found that in 2014 48% of millennials (ages 18-31), 40% of Gen-Xers (32-50), 35% of Baby-boomers (51-69) and 28% of Elders (70+) identified as what they call “post-Christian”. This accounts for about 43% of all American adults. Just 49% of the adult population were regular churchgoers last year, and another 8% (including the holiday attendees). Now 49% of American adults is still a huge demographic of people, but these numbers are opposed to just 2 out of 10 adults going without church in the early ‘90s and 3 out of 10 in the early 2,000’s – that’s quite a dramatic shift! Side Note: This study sample includes interviews with 23,000 American adults over the age of 18 and was designed to replicate our national population. (study link at page bottom) As you can see, there is also a strong trend showing that younger adults are much less interested in organized Christian culture then our predecessors were:  48% of millennials were post-christian vs. 28% of elders and over 50% of millennials hadn’t been to church in the last 6 months. This is an indicator of something most of us already knew — that religious and spiritual life have been shifting quite a bit in America. However, the pertinent question on my mind is how will community spiritual life develop over the next couple of decades? In other words, a lot of people have left church-life behind, but what’s next for these people? The Barna Group, which is actually an Evangelical polling firm, stated that the growing trend of young adults separating from church-life is likely to continue growing. Although the group views this as a problem to be remedied it isn’t actually a bad thing at all. It does however point to the ways in which we young adults no longer resonate with organized religious life, and if you dig a little deeper, to the ways in which we are finding spiritual growth and connection in our lives…. meditation, music, spiritual reading, the arts etc. When asked why they no longer attend church, 40% of interviewees stated that “they find God else where” and 35% that “It’s no longer relevant”. Of this study’s “post-Christian” demographic, 67% of adults considered themselves spiritual, 51% were actively seeking something better spiritually and 62% still considered themselves to be Christian. These numbers may be a partial indicator of why Americanized and secular applications of Eastern spiritual traditions have been gaining so much momentum in North America. These secular applications are namely Mindfulness Meditation, American forms of “yoga”, American forms of Buddhist practice such as Vipassana and Zen meditation, as well as various New Age movements. In all cases each of these traditions are centered upon contemplative or meditation-based practices that produce directly observable and beneficial results, as well as provide personal spiritual experiences — something we greatly lacked in our Christian upbringings. These practices also foster positive human qualities, directly reduce mental/emotional suffering, translate traditional spiritual wisdom into modern secular language as well into scientific understanding. Lastly, the conceptual frameworks of these spiritual movements are not steeped in strictly faith-based and judgemental belief systems that were the bane of  many of our up-bringings. I mention these “spiritual applications” of Eastern traditions because some of them are seriously taking off. I mean literally, Mindfulness Meditation is offered at a huge number of major universities (as in over 50 of them), as well as in hospitals, retreat centers, therapist’s offices and even in many Christian church communities. I will also note, despite having been involved in yoga studios, Mindfulness groups, Buddhist, Catholic, Christian and Christian contemplative circles over the past handful of years, maybe half-ish of the people I personally know and interact with practice nothing. Many of these individuals also hold well-formed thoughts on spiritual and existential topics and are well-educated, while many others hold just vague ideas and have little interest in spiritual topics or larger questions. The point here is that many, many people also choose to orient nowhere. The Barna Group has referred to this demographic as the ‘nones’. Lastly, the Barna Group dug a bit deeper in efforts to understand what people meant by identifying as “spiritual” and “Christian” despite not actually participating in Christian community life. To do this they conducted another 42,855 interviews which assessed people’s non-religiosity based upon 15 metrics of belief, religious and non-religious behaviors and spiritual identity. What they found is that despite America’s faith-based identity, churchgoers and post-Christian alike, over 38% of adults are essentially secular in belief and practice. So I again pose the question, how will community spiritual life develop beyond religious affiliation over the next couple of decades? Because it’s been changing rapidly on many levels. MJ http://www.barna.org/component/content/article/36-homepage-main-promo/608-barna-update-02-21-2013#.VPoqr_nF8xI

WHAT WILL THE FUTURE OF WESTERN SPIRITUAL COMMUNITIES LOOK LIKE? 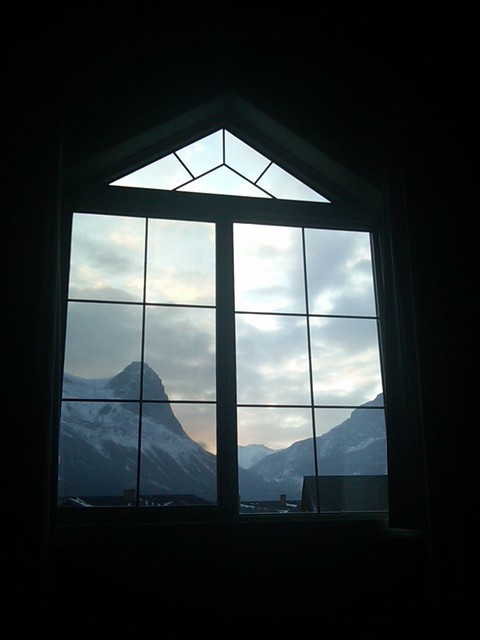 I am disappointed with the present state of Christianity. Specifically, I am frustrated with the lack of mystical understanding and interpretation of teachings. Mystical texts exist in Christianity. In fact, there have been saints, monks and nuns representing the Christian contemplative traditions in every age dating back to the time of Christ. Their countless writings discuss lasting Unitive and awakening experiences, paths to God, stages of spiritual growth, contemplative practice techniques and experience-based or mystical translations of scripture. However, seldom are these writings ever taught or discussed in the public eye. Until they are brought forth, the many spiritually-oriented individuals raised in the Christian traditions will continue to become dissatisfied and disengage, as well as seek out yoga studios, Mindfulness Meditation programs and Buddhist Zen and Insight retreat centers for spiritual growth. While I both respect and have studied within three of these traditions, there is also huge benefit to understanding the spirituality and mysticism of one’s root tradition and culture.
Maybe I’m more so frustrated with the way that God is spoken about and described in the media and Christian communities. It’s as if the Divine were a vague and judging, though ultimately loving higher power we can’t know, understand or interact with, but will someday meet outside of ourselves when we die. Although some of this depiction may represent an ounce of truth, it is far from the reality that comes to be known during contemplative experience as one begins to rest in inexpressible presence beyond thoughts, emotion, form, conceptual reality and even self. St. John of the Cross and Meister Eckhart continuously emphasized that the Wisdom of God, “Has no mode or manner…it comes not within image or form, or intelligence of limit”… “It is without medium or distinction in true blessedness”… “Like one who sees something he has never seen before nor has he seen anything like it, although he might understand and experience it he would not be able to give it a name or say what it is no matter how hard he tried”. The emphasis here is that the reality of God and insights to what life is, that revealed during contemplative experience paint a very different then what we’re used to hearing over and over in church. In fact, Christian mystics outlined descriptions of God and of meditative paths that are in many ways closer in description to forms of Eastern mysticism then to the doctrine we’ve developed. It’s not that the information we get in church is inherently wrong, but it is significantly lacking in dimension and in my opinion often misinterpreted via a lack of contemplative experience on the teachers’ parts.
In part, this is because Christianity has not been passed down and reworked for each generation by advanced contemplatives and mystics as is the case in the Eastern spiritual traditions that have in recent decades become so intriguing to Americans. However, advanced Christian contemplative practitioners and mystics have been here all along — though previously shunned by their spiritual communities.
My original depiction of God also differs greatly from the stories and teachings offered in the Christian mystical writings. These teachings make it possible for us to begin to shed our childish views of God and foster a more mature and realistic understanding of what the Divine is and of our connection to It, both conceptually and experientially. In New Seeds of Contemplation, Thomas Merton wrote, “Our idea of God tells us more about ourselves then of Him.” To me it makes most sense to study the renowned saints, monks and nuns who have actually encountered the Divine and embodied the states of consciousness and intimacy with God similar to the prophets and to Christ. After all, in the most advanced stages of the Christian spiritual paths (as well as in the Jewish, Sufi and Yogic) one literally becomes the Divine in likeness, action and Spirit, through self-emptying love and participation, in this life.
A quote: Meister Eckhart, 14th century Germany:  “This man dwells in one light with God, and therefore there is not in him either suffering or the passage of time, but an unchanging eternity… He dwells always anew in a now without ceasing.” (German Sermons)
Christianity has ignored it’s mystics… growing beyond the childhood view of God